It is widely known that IMO was holding a Diplomatic Conference in Manila, Philippines, earlier this year to discuss amendments to STCW. What most people fail to identify is the extend of revisions and the implementation realities behind that. To sort things straight lets see what happened step by step:

STCW Manila Amendments
On June 25th, the International Maritime Organization (IMO) and other major stakeholders in the global shipping and manning industry formally ratified the so-called "Manila Amendments" to the current Convention on Standards of Training, Certification and Watchkeeping for Seafarers (STCW) and its associated Code. The amendments aiming to bring the STCW up to date with developments since its conception and initial adoption in 1978, and the subsequent amendments in 1995.

Enty Into Force
The Convention amendments will be adopted with a tacit acceptance procedure which has been agreed indicating that amendments will be accepted by 1st July 2011 UNLESS more than 50% of the parties to the STCW object such a development. As a result STCW Amendments are set to enter into force on January 1, 2012.

Enhancement of STCW Objectives
The following items outline the key improvements realised through the new Amendments:
Certificates of Competency & endorsements to be issued only by Administration - thereby reducing the possibility of fraudulent practices associated with issue of certificates of competency.
Common medical standards for seafarers - seafarers from one country can serve on board ships of another country without undergoing another medical exam.
Revalidation requirements rationalized for the benefit of the seafarer.
Introduction of modern training methodology i.e. distance learning and web based learning.
Hours of rest harmonized with the requirements of ILO Maritime Labor Convention (2006) with a view to reducing fatigue.
Requirements introduced to avoid alcohol and substance abuse.
New Competencies required to be built and curriculum to be updated in life with modern developments and real life needs
Refresher Training is properly addressed within the convention

A brief outline of key curriculum upgrades is as follows:

STCW Chapter II Support Level
Chapter Two is the section on the deck department. The principal change in Chapter II is the addition of an Able Seafarer - Deck Rating. This is separate from the Rating Forming Part of a Navigational Watch (RFPNW).
Based on sea time requirements, it will be critical for a mariner to get their RFPNW qualification as early in their career as possible. Sea time toward an AB qualification will not start until RFPNW qualifications have been met and any sea time toward subsequent licenses will require the AB endorsement. This will require training and testing and will be a new section called A-II/5.

STCW Chapter II Operational and Management Level
Electronic Chart Display and Information System (ECDIS) will be required training for all deck officers on all vessels that are equipped with ECDIS. ECDIS will be treated the same as ARPA or the GMDSS training, where it is an STCW restriction from serving on equipped vessels if you don't have these training certifications.
By 2012 nearly all vessels more than 200 gross tons will be required under a separate law to have ECDIS equipment. By default, any deck officer on vessels of more than 200 tons will need ECDIS training. There will be two levels of ECDIS, operational and management dealing with the different responsibilities of each.
Bridge Resource Management, Teamwork and Leadership training will be mandatory at both the operational and management levels.

STCW Chapter III Engineering
The principal change in Chapter III is the addition of an Able Seafarer - Engine Rating. This is separate from the Rating Forming Part of an Engineering Watch.
Many countries have only had the RFPEW level and this new Able Seafarer Engine rating will require the RFPEW to be STCW Compliant. This will require training and testing and will be a new section called A-III/5.
Section A-III/1 will be reformatted and reorganized. You will no longer need to have the 30 months of approved training in the engine room. The wording will now be more synchronized with the deck department and will read three years of sea service with one year of combined work shop skills and six months of engine room watchstanding.
A new Electro Technical Officer (ETO) and an Electro Technical Rating (ETR) will be added.
Engine Room Resource Management, Teamwork and Leadership training will be mandatory at both the operational and management levels.

STCW Chapter V
Tankers and Tank Ships:
There will now be three categories of Tankerman on tank ships.
Oil
Chemical
Liquid Gas
In addition, each Tankerman category will have two levels
Basic (currently called assistant)
Advanced (currently called Person in Charge (PIC)
The major change will be the division of the chemical from the oil and each requiring its own sea service prerequisites on each type of vessel and specific training for each. Additionally, there will be a specially designated Tanker Fire Fighting Course, although some parties may allow Basic Fire Fighting courses to cover this requirement.
Passenger Vessels - There will be a consolidation of rules for passenger vessels.
Offshore Supply Vessels (OSV), Dynamic Positioning (DP) Vessels and Operations Ice Covered Waters:
There will be a new section with guidance on special licensing or training requirements for OSVs, Dynamic Positioning (DP) Vessels and vessels operating in water that are covered in Ice.

Basic Safety Training
The Personal Safety & Social Responsibilities (PSSR) coverage of the following subjects will be added:
Communications
Control of Fatigue
Teamwork
These additional subjects will make the PSSR module longer in length but it should still be less than one day in length. However, this will cause an increase in the length of Basic Safety Training courses from the usual five days to at least 5.5 days.

Refresher Safety Training:
One of the key elements of the STCW 2010 amendments appears to be the removal of loopholes with respect to refresher training. The STCW Code, which was vague in this area and many countries opted to interpret the "within five years" requirement loosely. It has been decided that certain courses that may affect the safety and survival of the crew and passengers in an emergency warrant periodic refresher training.
Refresher Training may take the form of e-learning, shipboard drills and training or shore based training.
The safety courses will require refresher training every five years and the courses may be abbreviated somewhat from the original course lengths. The training that will need to be refreshed by an approved method (in class or shipboard - yet to be determined) are:
Proficiency in Survival Craft and Rescue Boats
Advanced Firefighting
Basic Safety Training
Fast Rescue Boat
Medical Training

Harmonisation with IMO MLC
Where the IMO (International Maritime Organization) oversees the STCW Certification Convention, the ILO (International Labour Organization) oversees the MLC Convention. When the International Labour Organization adopted a "bill of rights" for the world's maritime workers, all concerned - governments, seafarers and shipowners - hailed this new labour standard as a landmark development for the world's most globalized sector.
The International Maritime Organization (IMO) had taken important steps to build protections in the areas of safety, certification and pollution, but the sector was awash in a wide range of international labour standards going back over eight decades. The ILO Maritime Labour Convention 2006 modernizes these standards to:
Consolidate and update more than 60 earlier ILO Conventions and Recommendations.
Set minimum requirements for seafarers to work on a ship.
Address conditions of employment, accommodation, recreational facilities, food and catering, health protection, medical care, welfare and social security protection.
Promote compliance by operators and owners of ships by giving governments sufficient flexibility to implement its requirements in a manner best adapted to their individual laws and practices.
Strengthen enforcement mechanisms at all levels, including provisions for complaint procedures available to seafarers, the shipowners' and shipmasters' supervision of conditions on their ships, the flag States' jurisdiction and control over their ships, and port state inspections of foreign ships.


Conclusion
The STCW is here to stay. The most interesting issue about the new amendments is that SCTW Amendments will be implemented for sure beyond the ILO MLC. The new amendments incorporate a 5 year phase in period for existing seafarers and at the same time require all real life amendments such as the Work & Rest Hours to be implemented as of 1st of January 2012.
So remain fastened and stay tuned.

Switch to: Text-Only, Daily Digest • Unsubscribe • Terms of Use
. 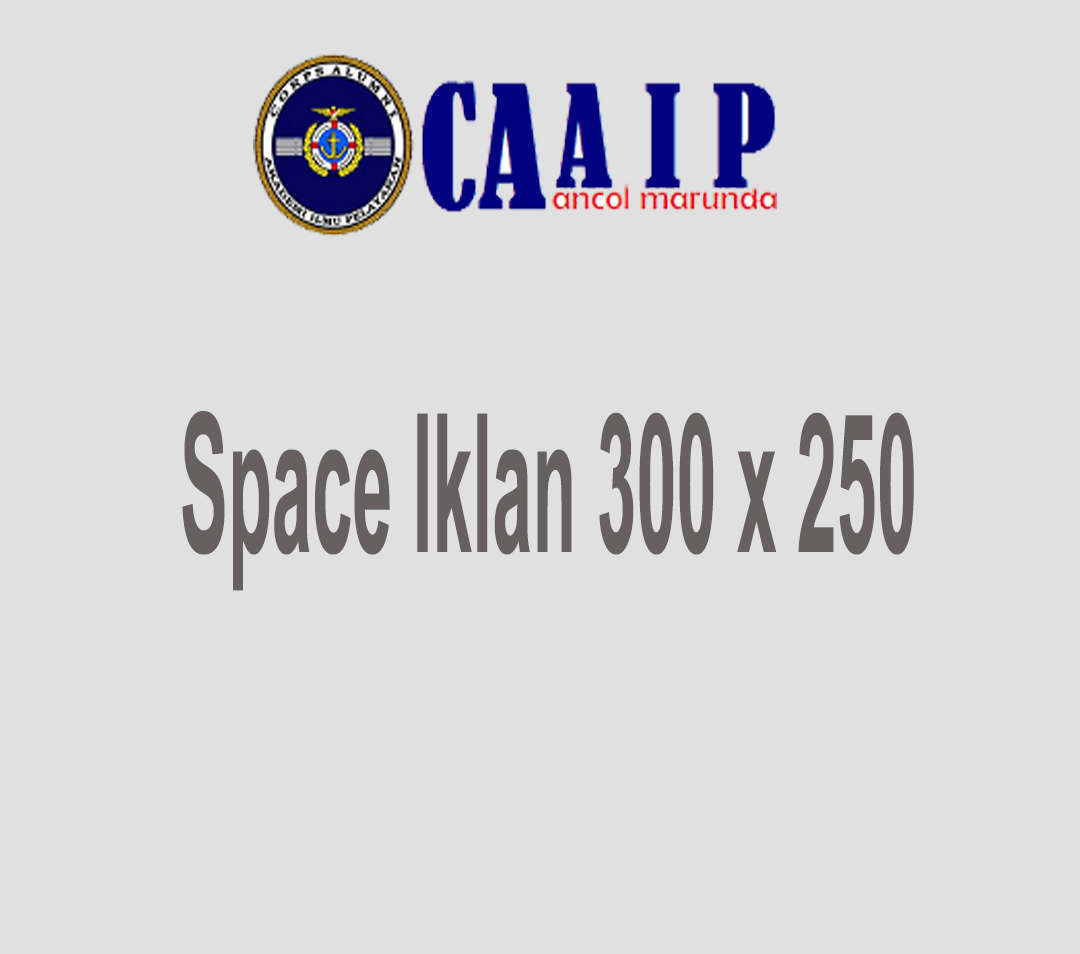